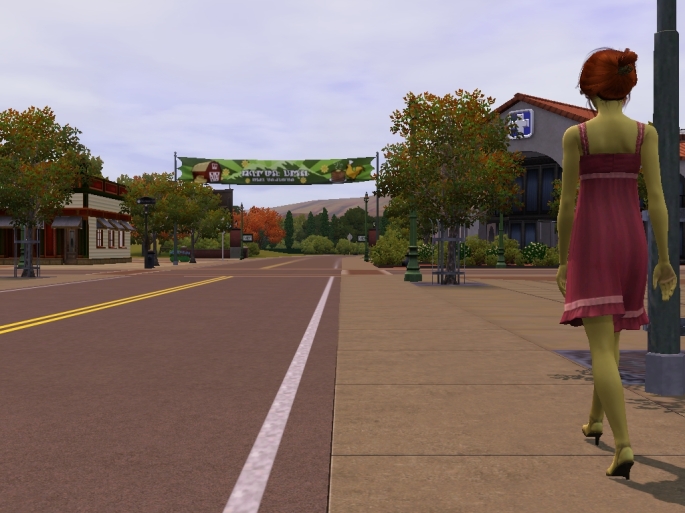 I have finally arrived in Appaloosa Plains. It has been a number of years since I have visited here. I wasn’t exactly sure how to get to Uncle Monty’s, I mean my farm, so I just had the cab drive drop me off in the middle of town. The town reminds me a lot of Riverview only not as flat. There is a big banner crossing Main Street promoting a Fall Festival. We have those back home too and they are always a lot of fun and a great way to meet people. 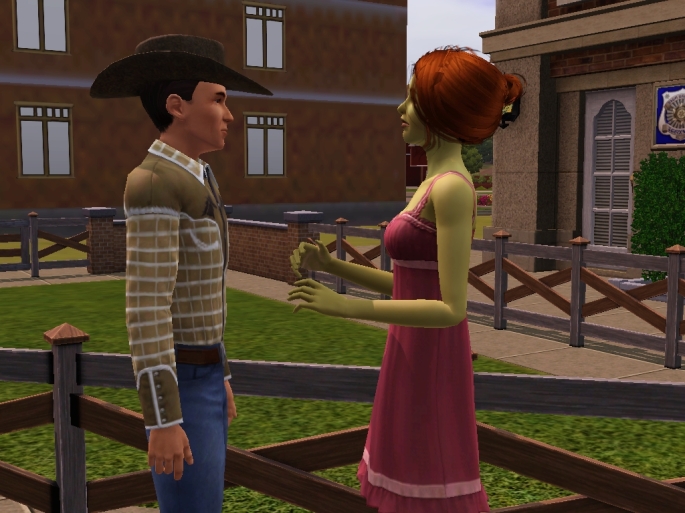 My first order of business when I got into town was to head to city hall to register as a gardener and to file the paperwork that made me officially the owner of Equidae Farms. On my way out of the court house I was approached by a tall slender man in a cowboy hat.

“Howdy, miss. I’m Sheriff Hobble. You must be Old Man Monty’s niece. Sorry for your loss. He sure is missed around here. Darris Teeter’s Grocery is especially sorry to loose the produce your uncle brought them.”

“I will make sure to stop there and introduce myself. I plan to get the fields up and running as soon as possible.”

“Great to hear. If you need anything be sure to ask Jonathan. He is one of my deputies. He rents a room above your uncle’s barn and has been keeping an eye on the place.”

“My lawyer mentioned him. I come from a big family so it will be nice having some company out there.”

“Well nice meeting you Miss Equidae. I best be getting back to my patrol.”

“Wait before you go can you tell me how to get to the farm. I haven’t been there since I was a young girl and I don’t remember the way.”

“Oh sure, you want to go straight through town and then it is just off of Country Road 5. It is a small white house with a big red barn.”

“No problem, have a nice day.” 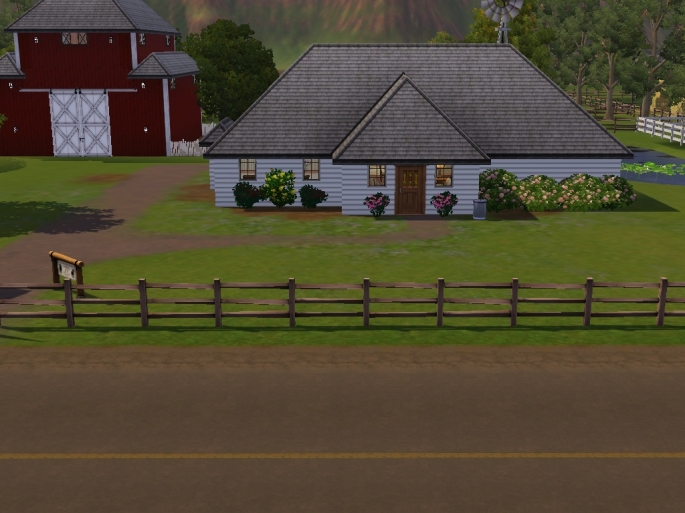 When I pulled up I was flooded with memories of my childhood playing here. The house is smaller than the one back home but it is definitely big enough for one. 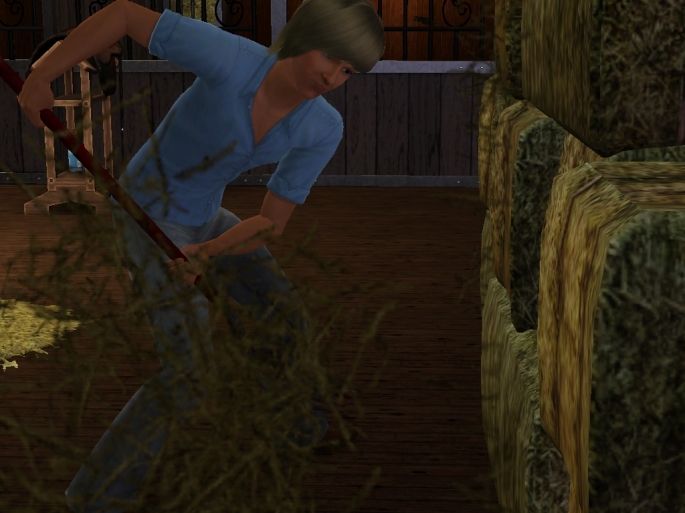 After dropping my bags off in the house I made my way out to the barn.

“You must be Jonathan. My name is Anna. I hear you were renting the loft above the barn from my Uncle. Don’t worry, I do not have any plans to kick you out. I look forward to the company.”

“I wasn’t worried. I have a lease that is good until the end of the year. You couldn’t kick me out if you wanted to.”

With that said he set down the pitch fork, turned and walked away.

“How rude,” I thought to myself. 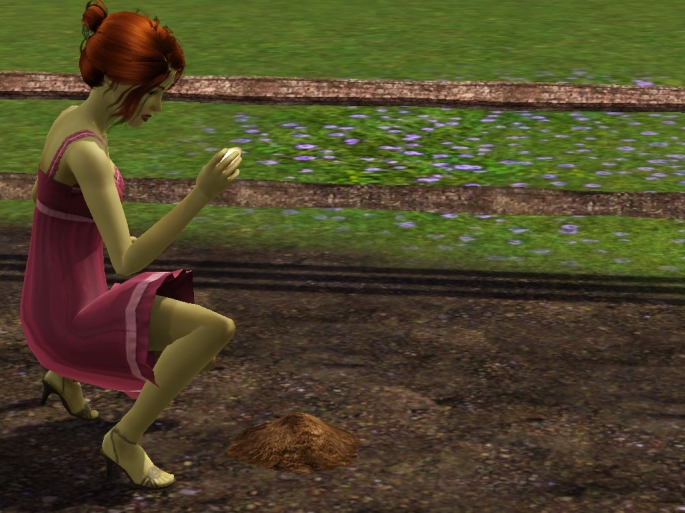 Deciding not to let Jonathan’s rude attitude get me down I headed to the fields. My parents had given me some seeds from their best crops and I wanted to get them planted right away. 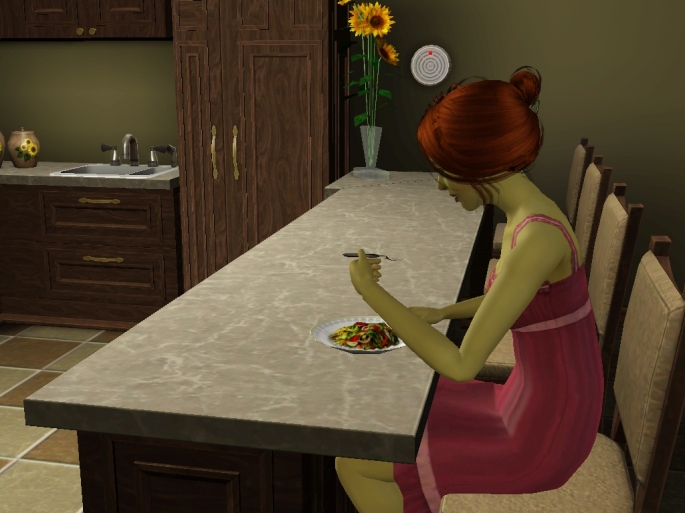 By the time I was done I was starving so I went inside and made myself a salad. It was weird eating by myself. Usually at home there would be a table full of people all talking and laughing together as we passed food around the table. I really miss my family.  I thought about asking Jonathan to join me but didn’t want to have to deal with anymore of his rude attitude. 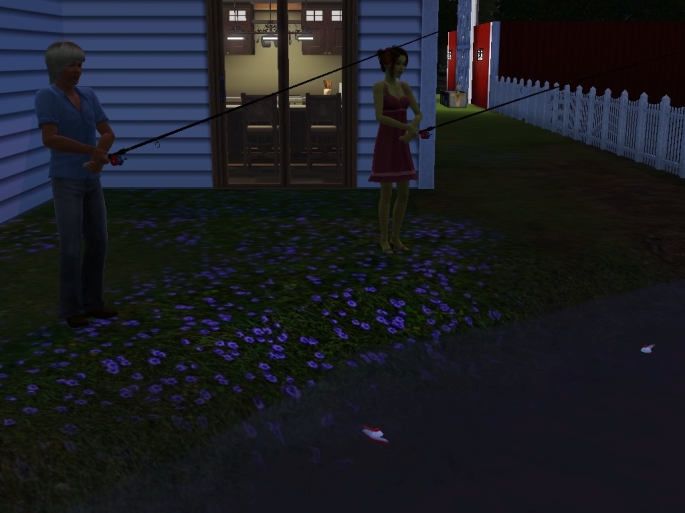 After I finished eating I decided to go fishing in the backyard. It was a beautiful night and despite the fact that it had been a long day I was still wide awake.

When I got outside I was unpleasantly surprised to see Jonathan out there fishing too.

“Sorry,” I said. “I didn’t realize you were out here. I will just go back inside.”

“No, wait, please stay. I am sorry about before. My behavior was very rude and uncalled for. I had a long day at work. There was a domestic violence call and those are the worst. I was frustrated and took it out on you.”

We fished in silence for awhile. The only sounds were the frogs croaking in the distance and the rustling of the wind.

Breaking the silence I said, “Well it is getting late and I want to get up early to finish unpacking and tend to the fields so I had better turn in. Good Night.” 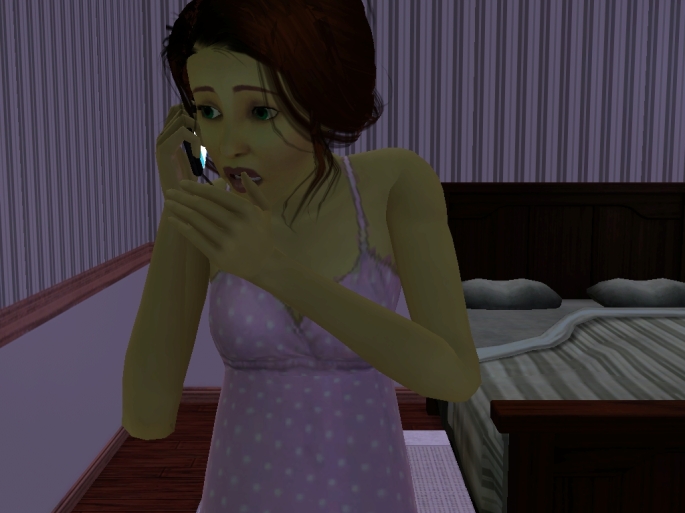 “Jonathan, it’s Anna. I am sorry to bother you but I think there is someone prowling around outside trying to break in.”

“Stay where you are. I will be right there.” 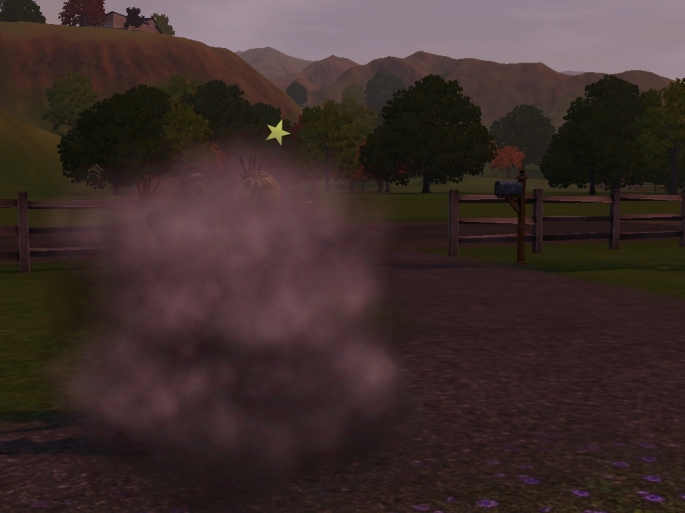 Turns out there was a burglar outside. Someone who had heard about Monty’s death and thought the place was abandoned and ripe for picking. Jonathan was able to get the drop on him though and wrestled him to the ground and put the cuffs on him. 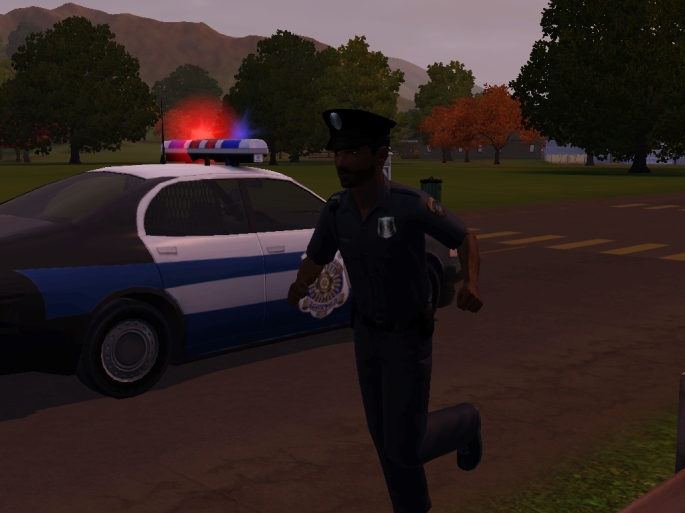 During the fight another office happened to be driving by on patrol. He saw what was going down and stopped.

“Hey, JC, is everything ok over there?” 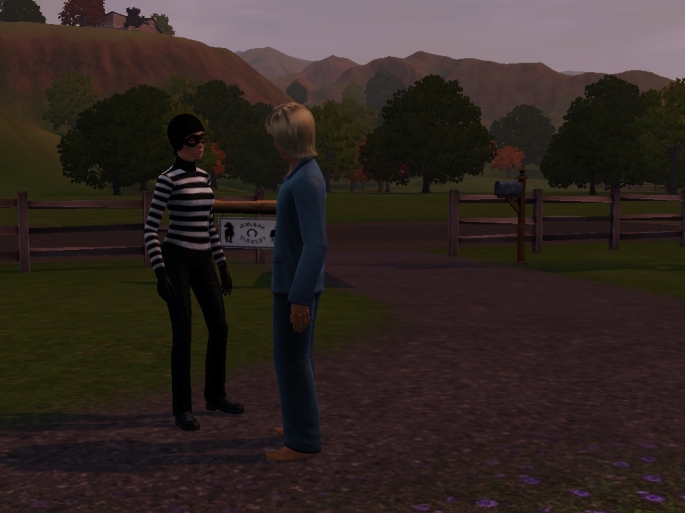 “You want me to take the scum bag down town?”

“Sure that would be great. Thanks, man.” 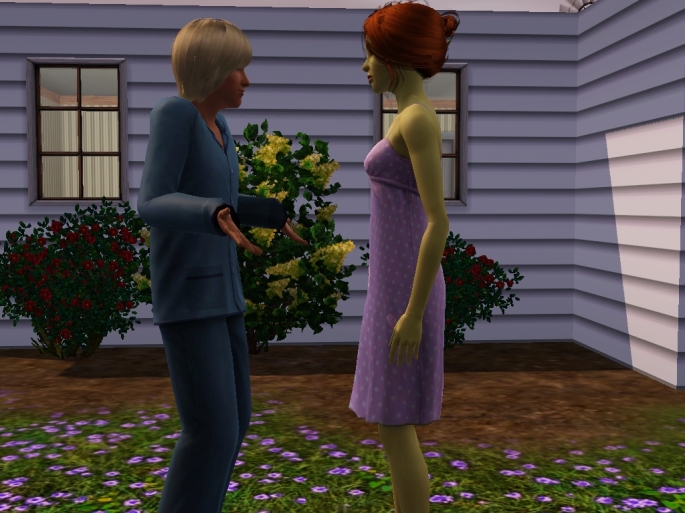 “Jonathan?! Are you alright?” I asked as I came running out of the house.

“I’m fine. I caught the guy before he could break in. My buddy, Officer Devoir is taking him to the station.”

“Thank you. I was so scared,” I wanted to hug him so badly but didn’t think it was appropriate. “I don’t know what I would have done if you weren’t here. I was making some waffles, would you like to come in for breakfast? It’s the least I could do.”

“I’d love too but I need to be at work soon and I need to get ready. Maybe some other time.” 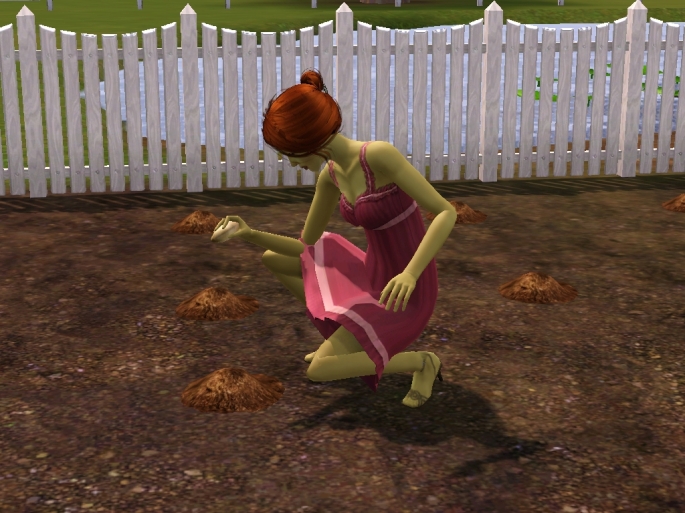 After breakfast I went back out into the field and planted some more seeds. I can’t wait for the crops to start coming in.

When the planting was done I really wanted to spend time with Chestnut but she isn’t due to arrive until tomorrow. So instead I decided to check out the Fall Festival. 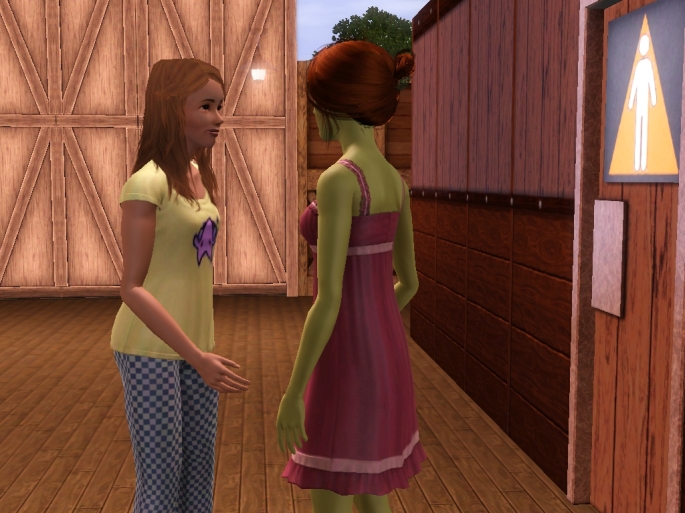 Turns out it was some holiday so most people had the day off from work so the festival was packed with people. The first person I met was Juanita Blanco. She is a pastry chef. I promised to let her know as soon as my crops start coming in. I guess she used to get apples from Uncle Monty to use in many of her pastries. 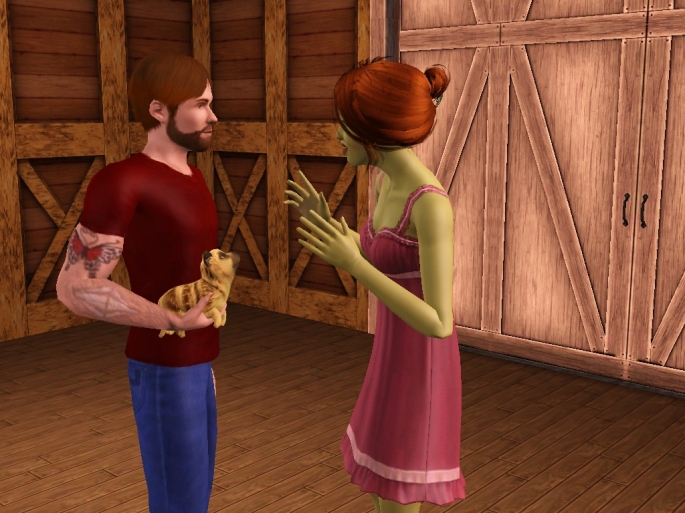 I also met Benjamin Schmidt. He is a business man. He is very handsome and we flirted some. He asked for my phone number and promised to call me soon. 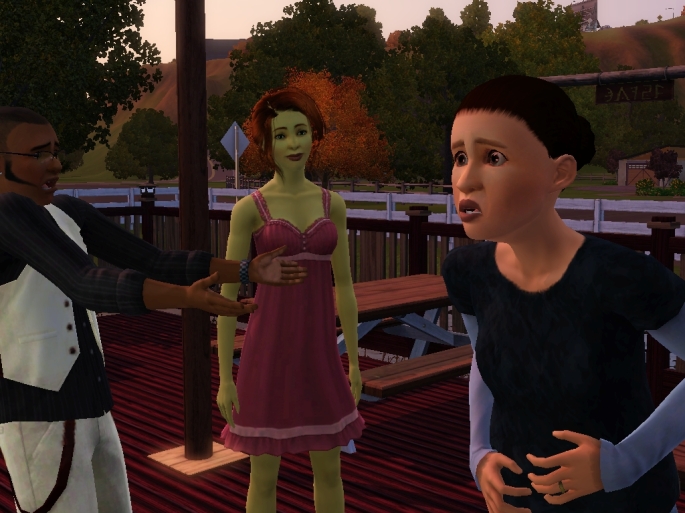 Around noon I was getting hungry and decided to get some food. But as I approached the picnic area I noticed that a women seemed to be going into labor. The other people were all freaking out, shouting about getting boiling water or some such silliness. 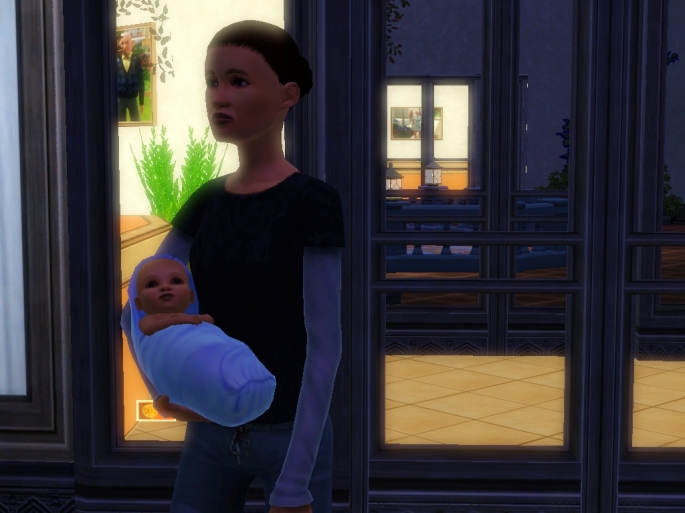 My sister-in-law, Mindy had both her kids at home on the farm so I remained calm and helped the woman to the hospital. Her name is Jazlyn Parrot. She gave birth to a son and she named him Tyree.

Jazlyn’s husband was away on business so she had asked me to stay with her at the hospital. 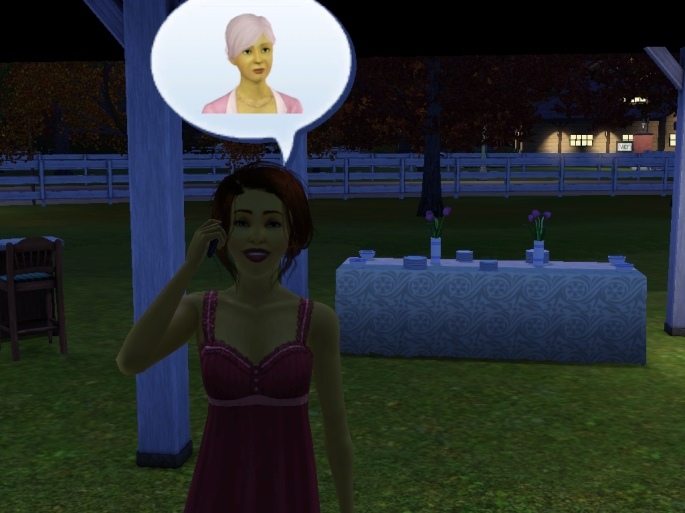 By the time I got home it was really late but I couldn’t resist calling home to tell my mom all about my first day in Appaloosa Plains. In less than 24 hours I had witnessed an almost burglary and a birth. If that much craziness can happen in 24 hours what is the rest of my life going to be like in Appaloosa Plains? I can’t wait to find out.