It has been several weeks since I have seen or talked to Ben but that is because we have both been so busy. He has been up for a promotion at work and has been working late. I have been busy in the fields. The crops are coming in so nicely. I have already managed to sell $442 dollars in crops.

In fact I spend so much time at Darris Teeter’s Grocery that Jazlynn and I have become great friends.

I often plan my deliveries for when she is going on break and then the two of us hang out until she has to go back to work.

“No, but he has been really busy with work. He is up for this big promotion and it is taking a lot of his time.”

“Well Halloween is coming up. You should throw a party. Invite Ben and a bunch of others. Sounds like he could use a night of fun and I know how much work you have been putting in on the farm you could use some fun too.”

“A party sounds great. It would be a great way to thank all of my new friends for welcoming me to Appaloosa Plains.”

“Great party,” Jazlynn said. “I love your costume. You look like the Little Mermaid. Perfect choice with your red hair.”

As Jazlynn and I were talking something in the other room caught my eye.

Ben was flirting with some girl in a cheerleader costume.

“What’s going on Ben?” I shouted, not caring at all that I am making a scene. “Who is this girl?”

I slapped him as hard as I could before running into my room, slamming my door and crying myself to sleep. 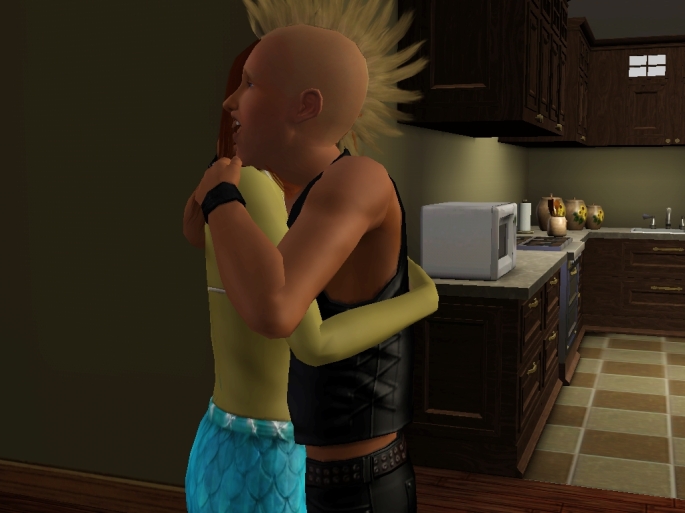 A few hours later I got up and came out of my room. I found Jonathan in the kitchen cleaning up.

“Thanks, for seeing everyone out and taking care of the mess,” I said.

“It was no problem,” he responded as he pulled me in for a hug. “Are you ok?”

“Yes, No, I am not really sure,” I said. “I really liked Ben. I trusted him and thought maybe he was the one for me. Maybe there is no one for me. Maybe I am just suppose to live out my days in this house and in those fields like Uncle Monty did. I am better with crops than I am with people.”

“Don’t say that,” Jonathan said. “You will met your one person. Who knows maybe you have already met him but just haven’t realized it yet.”

He then pulled me close and kissed me.

When he pulled away I was stunned speechless.

“I’m sorry,” he said. “I shouldn’t have done that. You just broke up with Ben and that was inappropriate on my part.”

And with that said he left the house.

After Jonathan left I got ready for bed and then called Jazlynn.

“I am so glad you called. How are you doing?”

“I am not sure. I am upset about Ben. I can’t believe he cheated on me and then had the nerve to bring her to my party. But I didn’t call to talk about Ben. Tonight Jonathan was comforting me and he told me that he believed I would find my special someone and then he kissed me. And it was not just a little friendly peck on the lips, he full out kissed me.”

“Nothing I was speechless. Then he turned all red apologized for taking advantage of the situation and left the house.”

“So what are you going to do about it?”

“I don’t know. Should I do anything about it?”

“Well the number one questions are did you like it? Number two is do you want it to happen again?”

I thought a moment and then said with a giggle, “Yes and most definitely yes.”