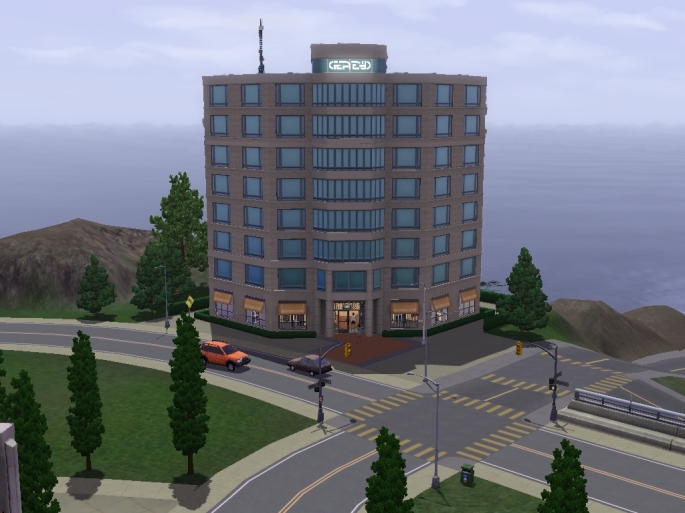 I am officially in Bridgeport. I am so excited to start work today at Landgrab Inc. as a Corporate Drone.

Landgrab Inc. put me up in an apartment building they own called Crescent Bay Plaza. 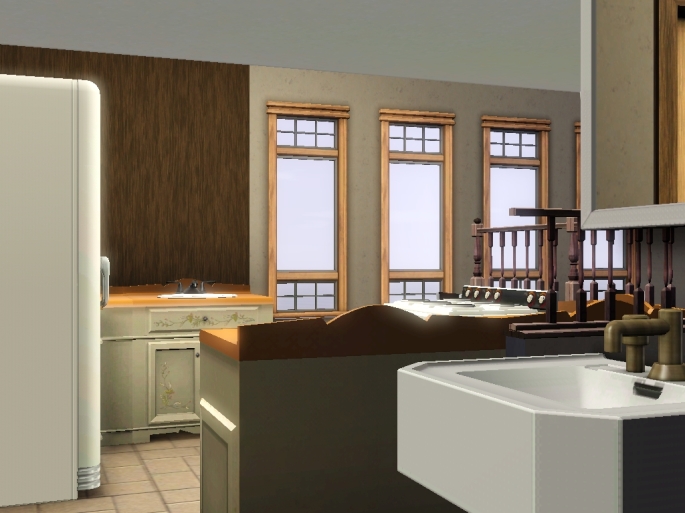 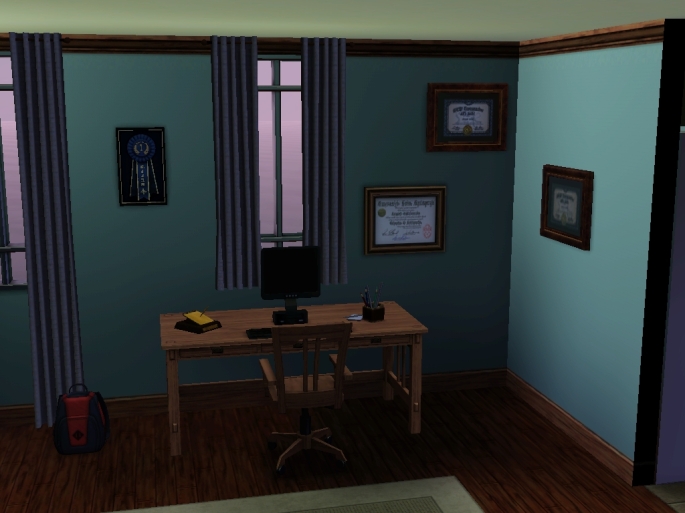 The apartment is furnished and has a small kitchen and living room area with a nice size bedroom. Bianca sent me one of her paintings to hang above the bed and I turned part of the bedroom into a home office where I can display my awards and diplomas. 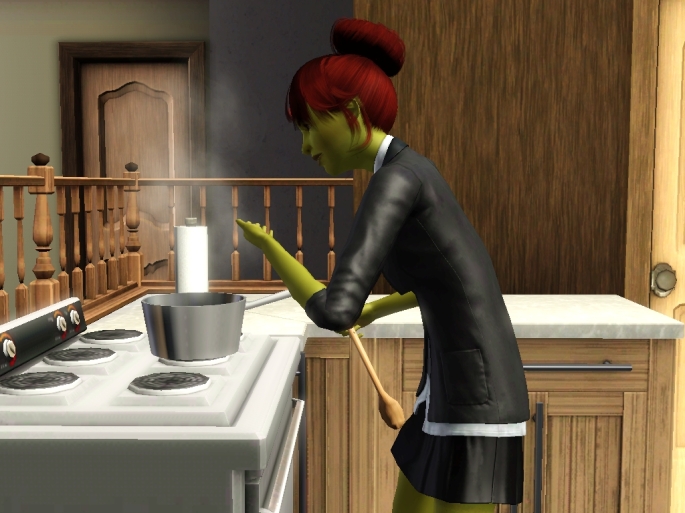 This is the first time in 20 years that I have lived on my own. I went from living at home to living at school with roommates. In both places someone else always did the cooking but now that I am on my own I am having to learn. I thought my first few attempts were going to require a call to the fire department but I think I am getting the hang of it now. 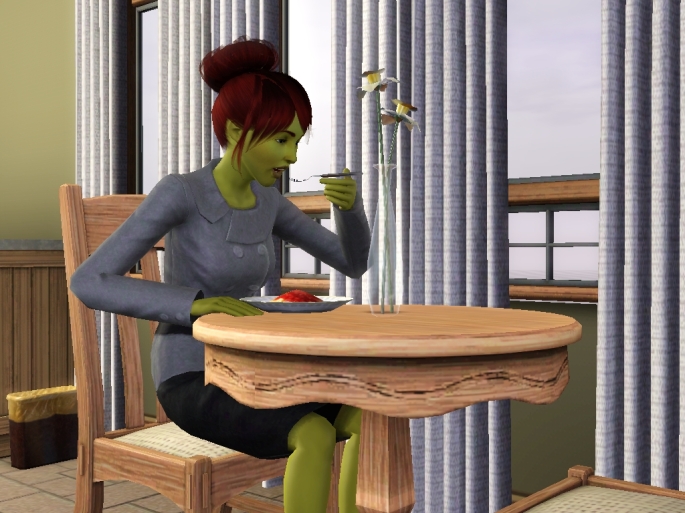 At least I can make spaghetti. I am seeing a lot of take out in my future. 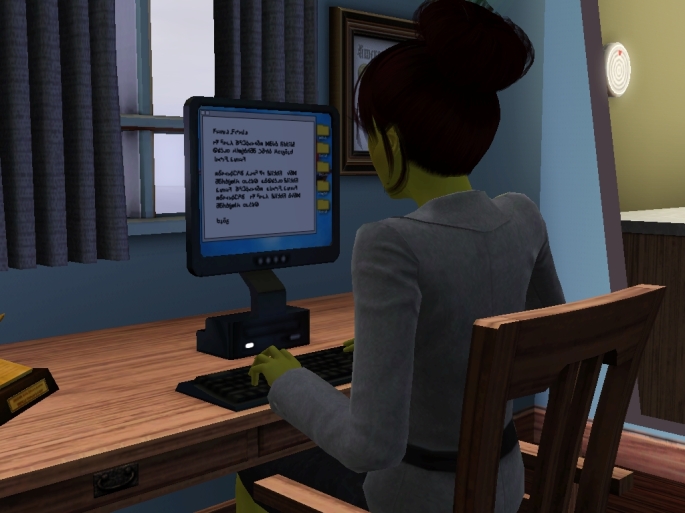 Even though I decided on a career in business, writing is still a passion of mine so when I get some time off work I started working on a non-fiction novel. It is about my experiences in a college accelerated program. Kind of a “how to” for new students just starting college. 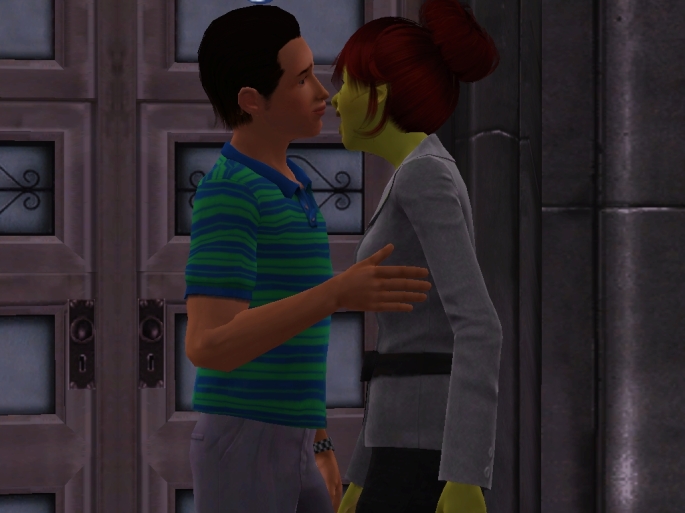 My personal life is going really well too. I have been secretly dating one of my co-workers. His name is Rafael Striker. He wants to keep our relationship a secret because I guess there is a policy about dating co-workers. He is especially concerned because I am an intern and he is one of the executives. He says he doesn’t want me to get into trouble and loose my internship. 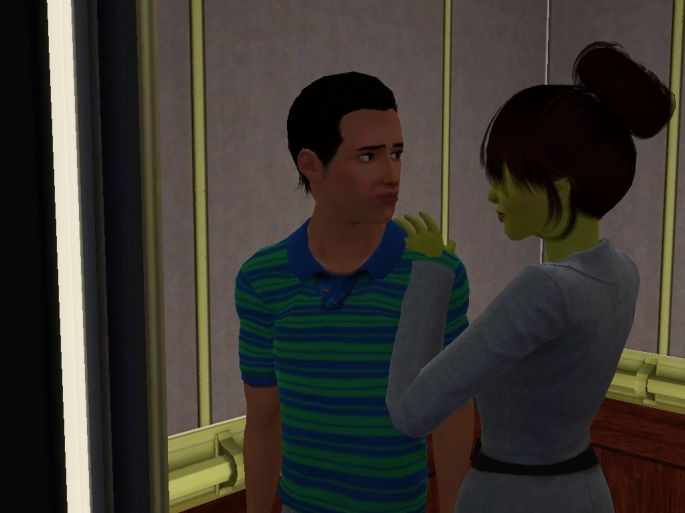 I am not going to lie, sneaking around the office has been kind of fun and exciting. 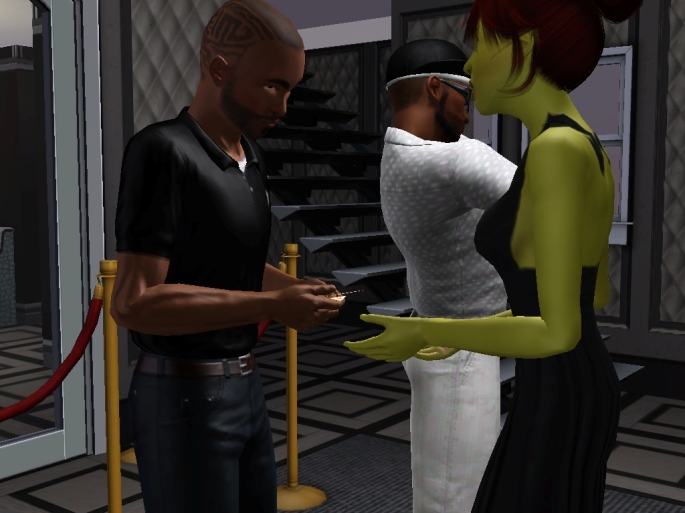 Working at Landgrab Inc. has a lot of added perks too. Even though I am only an intern my name is automatically put on the lists for some of the best clubs in Bridgeport. I am really going to miss this place once my internship is up. I can’t believe how fast the 6 months have gone by. I can’t imagine going from this to running the family grocery store back home. 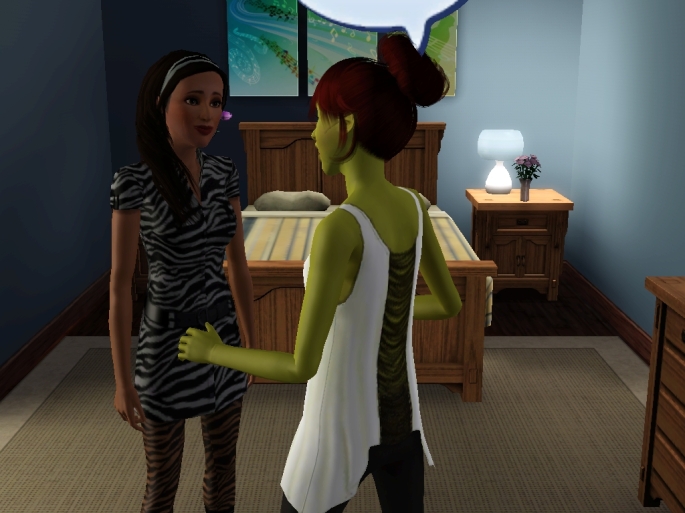 One morning the CEO of the company Katrina Pala stopped by my house. I was still in my pajamas but when the boss shows up at your door you let her in.

“Actually, Ms. Equidae it is what I can do for you. In the 5 months you have been working as an intern at Landgrab Inc. I have been very impressed with your work. You arrive early, stay late and your projects are always done on time and are very thorough and error free. If you are interested I want to offer you a full time job at Landgrab Inc with a promotion to Department Head. If that goes well there could be several promotions in your near future. I can see you rising to the top of this company.”

I was speechless. I didn’t know whether to hug her or shake her hand. I think I must have just stood there staring at her for several minutes.

“Great well I will give you a week off if you would like to go back to Appaloosa Plains and visit your family. I am sure they would like to see you.”

“That would be great. Thank you.”

“Oh, one more thing. I would end your affair with Mr. Striker.”

I blushed. “You knew about that?” I asked.

“Yes and you would not be the first intern to fall for Mr. Striker’s advances nor will you be the last I am afraid. I just thought you should know that he is engaged to Jessica Talon and her family is not one that you want to mess with. She is extremely wealthy and Mr. Stiker is no doubt marrying her for he money and family connections. He won’t leave her for you and I have heard rumors around the water cooler that he already has a couple new interns that he is eyeing up. It would do well for you and your career to end things with him.”

I was shocked by what she said but trusted her immediately.

“I will end it right away. Thank you for letting me know.”

After Ms. Pala left I called Rafael and told him we were over and that I hoped he was happy with his future wife. I promised not to tell her as long as he didn’t make things difficult for me at work. The whole conversation felt like a business agreement. 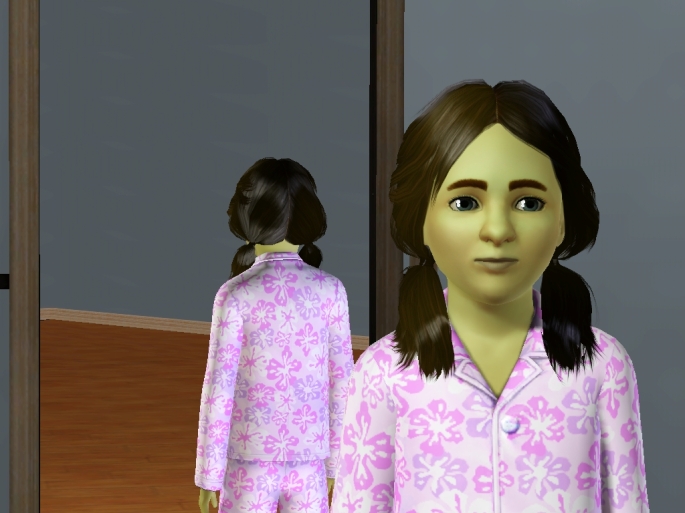 I went home to Appaloosa Plains just in time for Anna’s birthday. She has grown up into a beautiful girl. 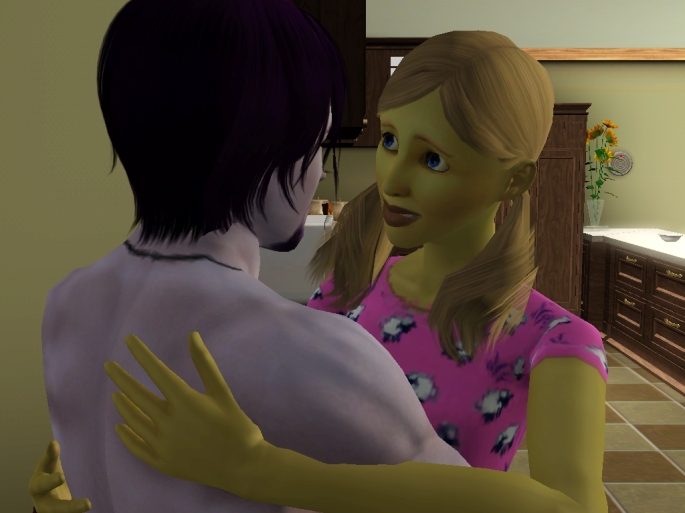 Just like when I was last home things are sure changing. Edward and Bianca got married and are expecting their second child. 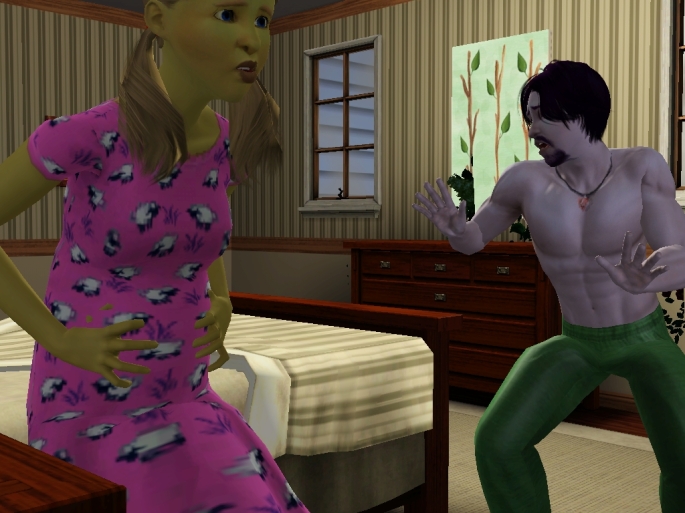 I was at home when Bianca went into labor and it was so funny to see the normally calm Edward running around all crazy as my sister calmly went through her breathing exercises. 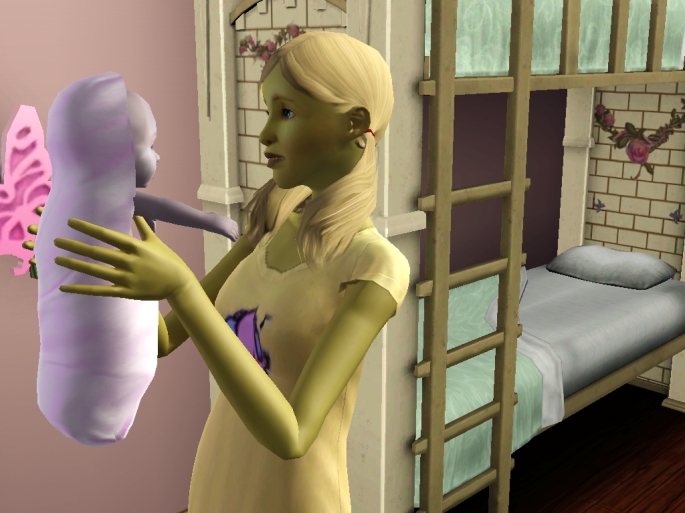 They had a baby girl named Amanda. She looks more like Edward with his purple skin. 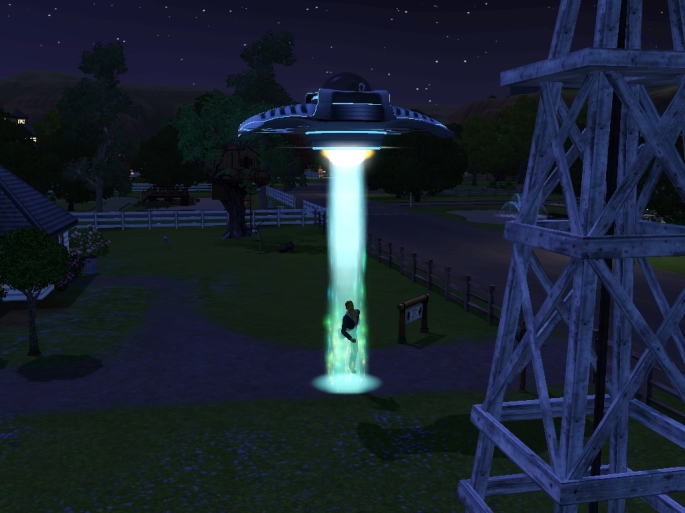 Probably the biggest news is Bradley finally made his life time dream of finding aliens come true. It was one of my final nights at home when we all heard a strange noise coming from outside. We ran out there to find Bradley being pulled by a tractor beam up into a space ship hovering over the house. None of us knew what to do. It wasn’t like we could call the police and report him missing. A few hours later the ship returned and dropped him back off at the house. When we asked him what happened he got a strange look on his face and says he doesn’t want to talk about it. I hope he is ok. I will have to ask Bianca to keep an eye on him and to let me know if she sees anything strange in his behavior. 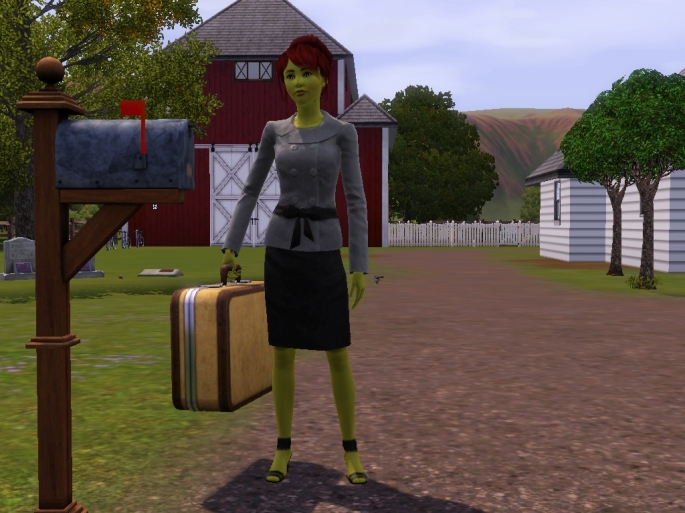 All too quickly my visit home was over and it was time to return to the city.