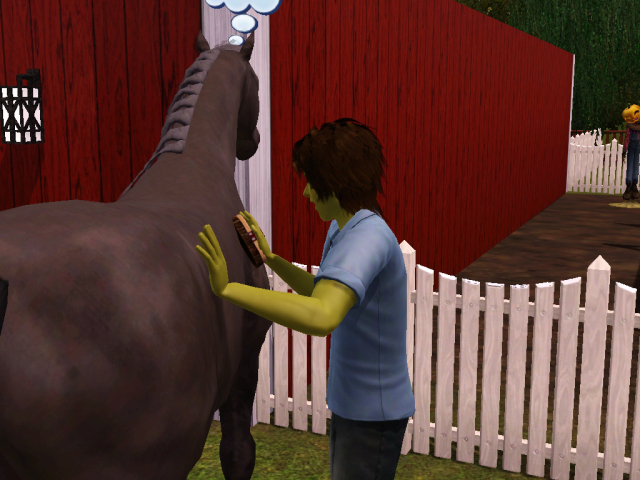 The first thing I did after returning to Appaloosa Plains was spend time with Shadow.  I had really missed the big guy. 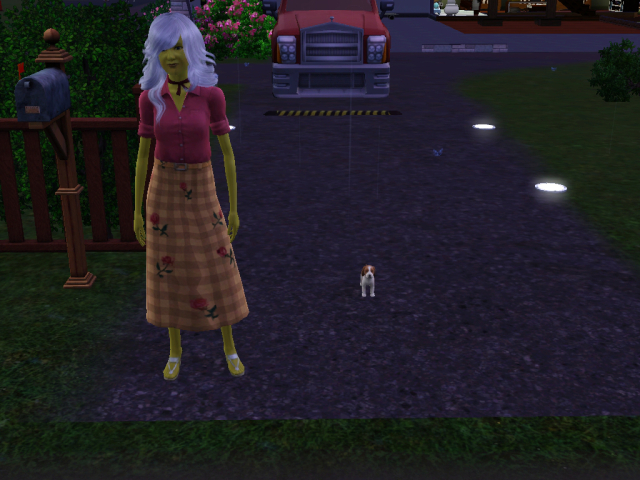 While I was gone my parents invited my aunt Hailey and her puppy Dexter to move in with us.  Hailey’s health hasn’t been the greatest and my dad didn’t want his sister living alone.

A few days after I returned home my parents surprised me with a welcome home party.  It was great seeing my older brother and twin sister. 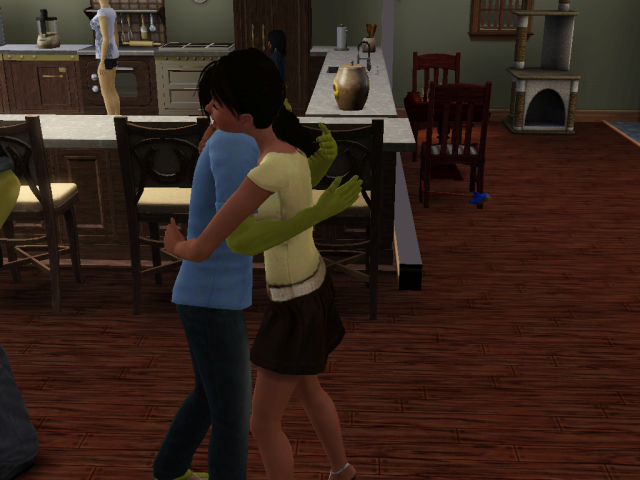 Especially my twin.   I had really missed Isabelle.

We talked and danced for hours. 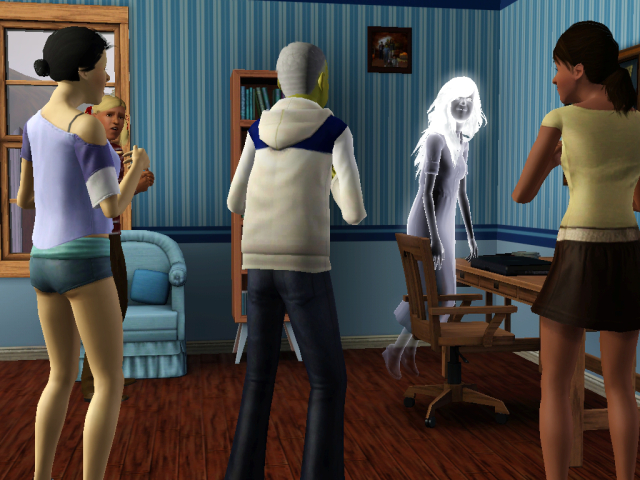 Unfortunately the party came to a crashing halt when my aunt Hailey past away. 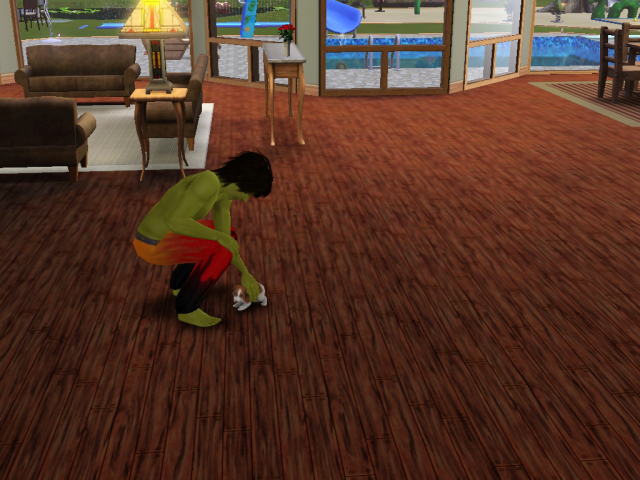 I decided to keep Hailey’s puppy Dexter.   In the time I have been home we have really bonded and he gets along great with Shadow.

Soon it was time for me to return to work.   I was a bit nervous.   Could I do this?  Or at the next fire would I panic – remembering what had happened the last time.

“Hey, you must be Isaac Equidae.   I’m Derrick Snow and I just started here last week,” he said.

“Nice to meet you Derrick.” 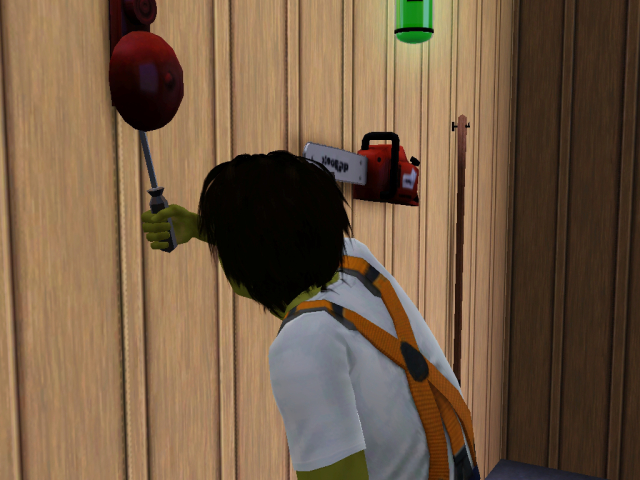 I visited with Derrick for awhile and then went to check out the alarm system.  It was in a horrible state of disrepair.   The other firefighters must not have been keeping up the maintenance on the alarm at all while I was gone.  It took several hours but I finally got it in working order.

While the fire alarm had been in a bad state of repair the fire truck was even worse.  I am surprised the thing was even driveable. 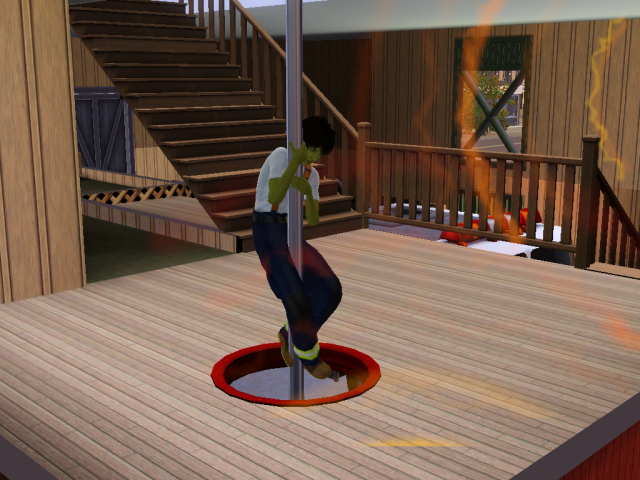 After getting both the alarm and truck fixed I went upstairs to take a little nap but no sooner did I get up there the alarm went off.  I quickly slide down the fire pole and raced to the truck.

It was a huge fire and when we got there we were told there were people trapped in side.  So I quickly got the fire put out.

And then broke down the front door so that I could get to the people inside.

There was a child in the kitchen so I quickly scooped him up and hauled him outside. 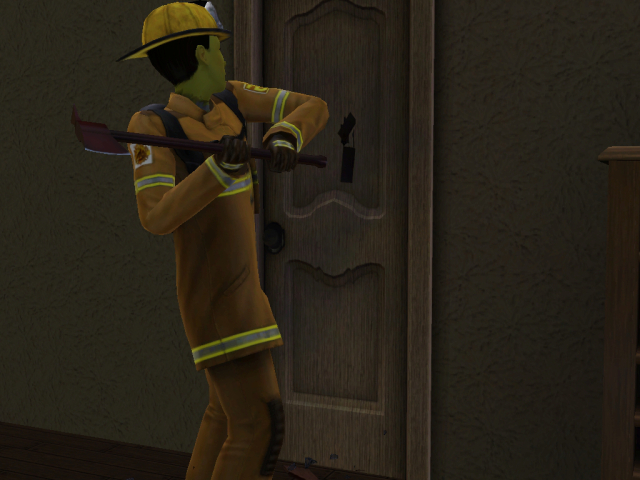 So I raced back into the house and busted down the bedroom door.

The women was very upset but I let her know her son was safe and got her out of the house safely.

After work I stopped by my brother Ian’s place.  My sister-in-law Gwendolyn is also a firefighter and I had been surprised not to see her at work.  I wanted to make sure everything was ok. 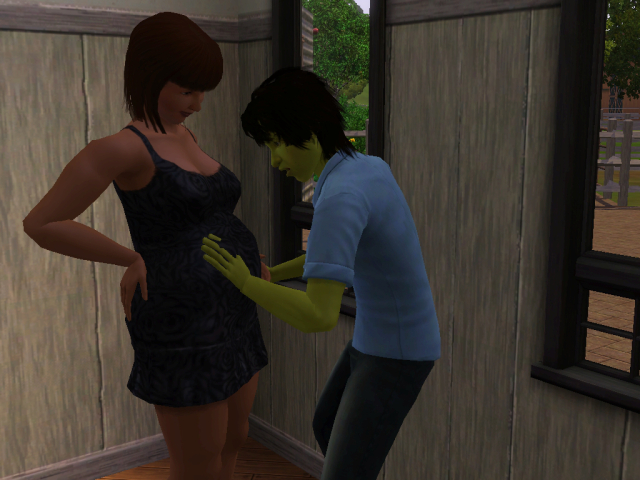 Turns out she is on maternity leave.  I am thrilled for both her and Ian.

Before heading home I spent some time playing with my niece Jodi.   She is a wonderful little girl.   Playing with her really made me miss my kids.

Being back home time really seemed to fly by.  Dad had retired from politics and so we spend a lot of free time just hanging out watching sports, playing games, etc.

I also started working on learning martial arts.   Dad said when I am a little more skilled he will spar with me.  I am not sure if I am looking forward to that or not.  He is a black belt and won multiple sparing tournaments in China.

Now in addition to a horse and dog we also have chickens.   Mom thought they would be a great addition to her little farm.  Now not only do we have fresh fruits and vegetables we now have eggs.

I have also been fixing and upgrading things around the house.   I fixed the computer, shower, and two sinks.  Then I decided to tackle the hot tub.

Unfortunately it didn’t work out so well.  Probably should have drained the hot tub first.

I have also been spending a lot of time at the fire station.   When I am not fixing the truck and alarm I spend time working out.

One day I got called to a fire that had my heart stop.  My twin sister Isabelle’s house was on fire.  And it wasn’t just a little fire.  Not only was the house on fire.

It had also spread to different parts of the yard. 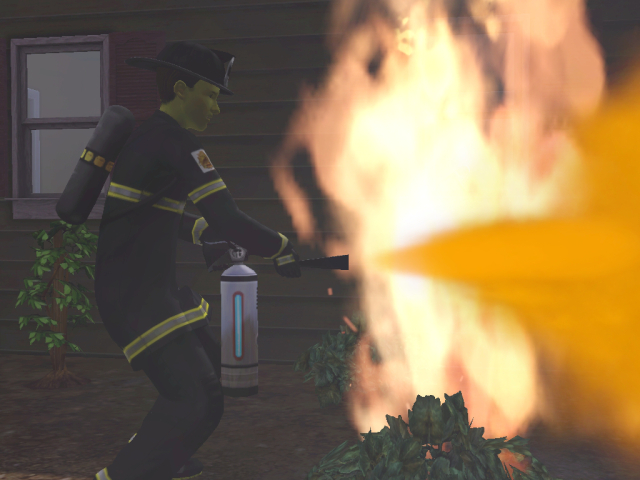 I put out the fire to house first.   I hadn’t been able to determine yet if anyone was trapped inside. 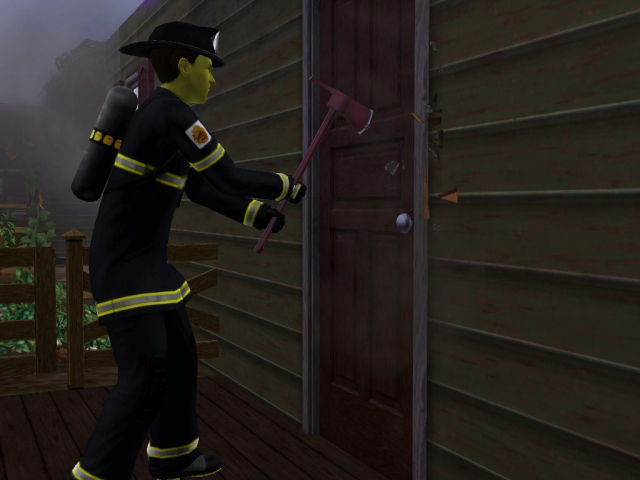 The smoke was just think in the air.  I got the house fire under control and then took out my ax and busted in the door.

My sister and her husband weren’t home but I found a young teenage girl in one of the bedrooms.    Tuns out she was the babysitter.   I got her out and then went looking for my nephew.

I found him, threw him over my shoulder and we raced outside.

Once I knew everyone was out of the house I put out all of the fires in the yard.

Once I had the fire out I raced home to let my parents know that Isabelle and her family were safe.   I had invited them to come home with me but they were planning on leaving the next day on a family vacation anyway.  They wanted to access the damage and get workers there to fix everything.  They are hoping by the time they return the house will ready to live in again.

I had thought hearing that my twins house was on fire was the worst news I would get that day but turns out I was wrong.   Turns out while I was fighting the fire the grim reaper had showed up to take mom.   She wasn’t ready to leave her husband, kids, or grandchildren and she begged him for more time.   Unfortunately, it was her time.   She was only 89.

We buried her in the back yard cemetery.   Dad was devastated.   She was the love of his life. 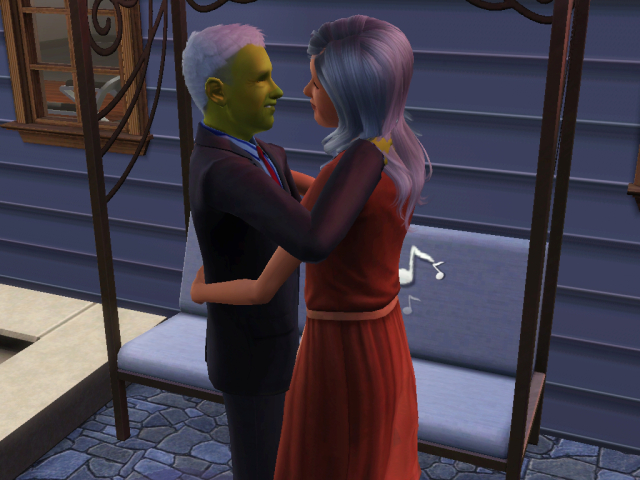 Just last night I had seen the two making out like teenagers in the moonlight.

I was worried about dad so I decided to take some time off from the fire station.   I got up early and fed mom’s chickens and gathered the eggs.

Then I went in and made dad and I breakfast.

Later that day our family’s housekeeper Jaclyn Conner stopped me.

“I just wanted to say how sorry I was to hear about your mom.  She was a wonderful person,” she said.

“She was always so nice to me.  She would invite me to take breaks and come have coffee with her.  She made the most amazing cookies and other baked goods.”

“Yeah she did,” I agreed.   “I think she loved baking more than anything.”

“No, she loved her family more then anything,” Jaclyn said.

I just nodded as I was too choked up to respond.

Apparently dad just couldn’t live without mom.  Later that night the grim reaper came for him too.   He gladly shock the grim reaper’s hand.  He couldn’t wait to see the love of his life again.

I buried him next to mom and planted some flowers for both of them.

I can’t believe they are both gone and that I am all alone in this big house.