My host family during my time in China was the Pei family. 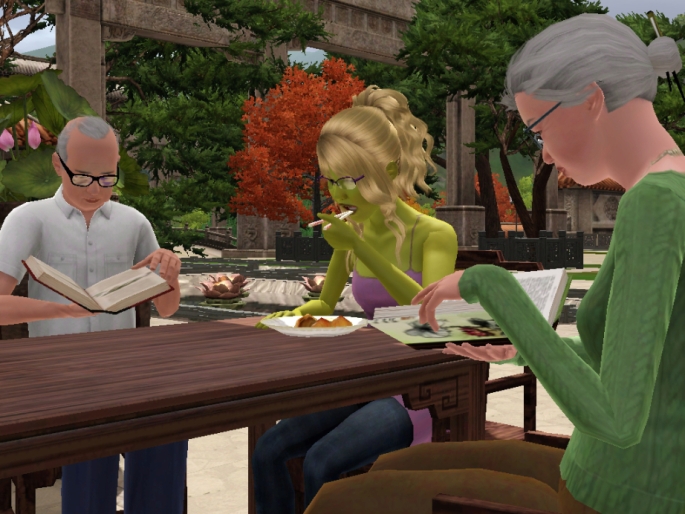 Ai and Gao Pei were a little bit older but that was ok.  They reminded me a lot of my parents. 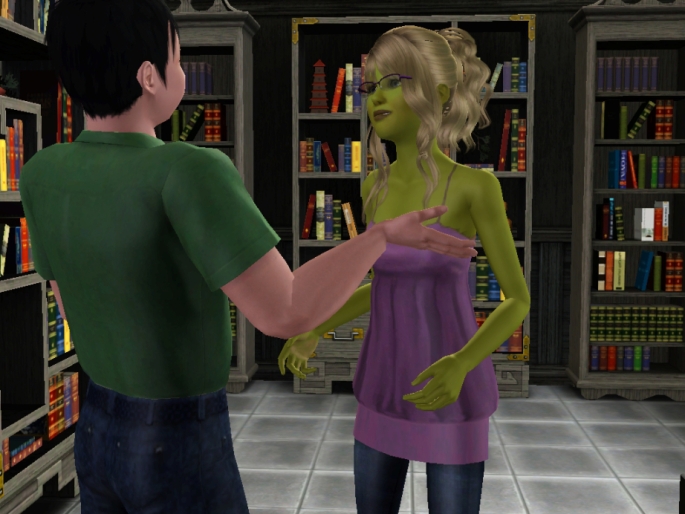 They had a son who was around my age named Wei.   Wei and I quickly became good friends. 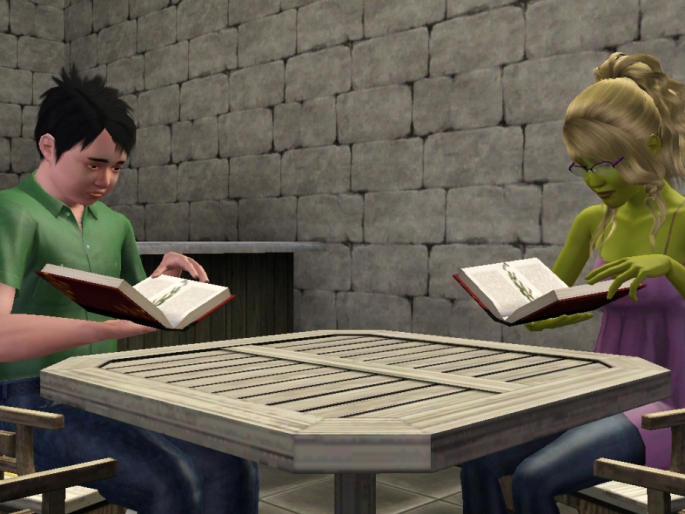 He is also a bit of a bookworm and we spent hours just sitting and reading.

The Pei’s let me borrow this old bike and I ride it to and from class each day.

Let me tell you I was NOT confident.  I am a major klutz and I knew I was going to end up hurting myself.

Sure enough on the first attempt I got knocked in the face.

But I refused to give up.  I was going to master this thing or at least learn how not to get hit in the face.

It took a couple weeks but soon I had earned a white belt. 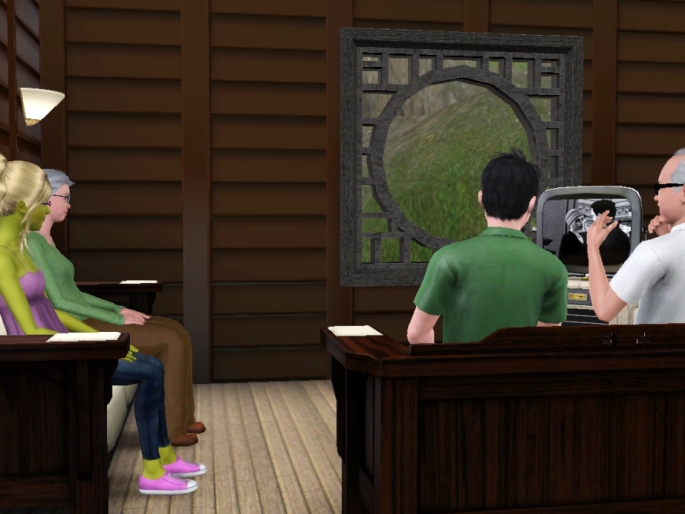 Living with the Pei’s was great.  They had this old black and white TV and loved to watch classics from Simerica.   Only the voices have been dubbed with Chinese.  Fortunately, my dad also loves old movies so I had seen most of them before in Simlish.

They had this cute little room for me and I was able to spend quite time there studying or reading about the Chinese culture. 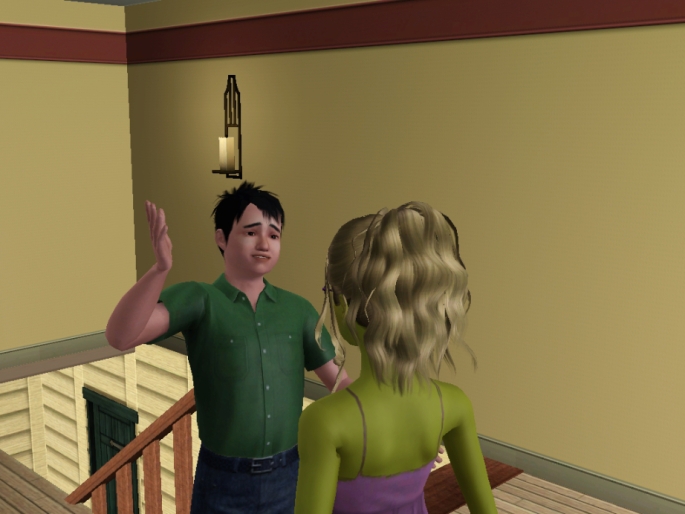 Wei tried to teach me to sing some Chinese songs.

And would laugh hysterically at my terrible pronunciations. 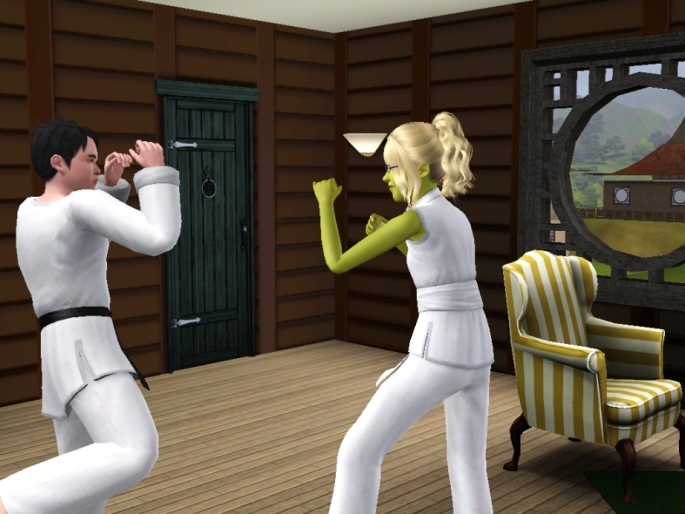 At 16, Wei was already a black belt and he would spar with me.  He promised to be easier then the training dummy.

I shocked him the first time I managed to make contact. He usually moves so fast I can’t get a single hit in.

I was thrilled to earn my yellow belt.

That is until they told me I would now learn how to break boards. 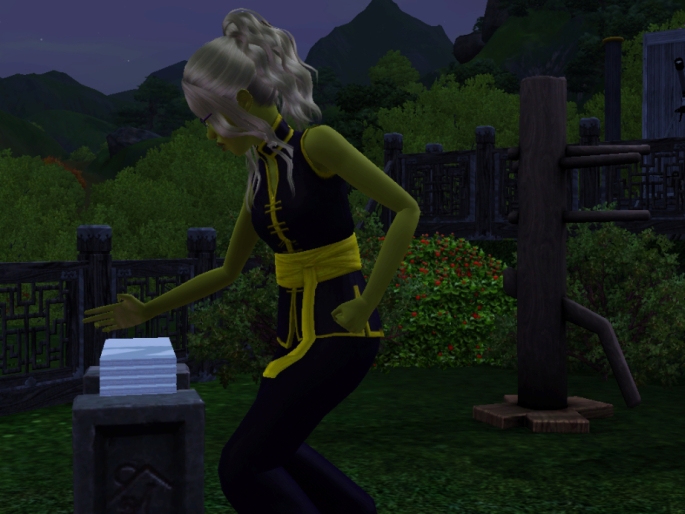 But before I knew it was breaking four at a time.

And had earned an orange belt. 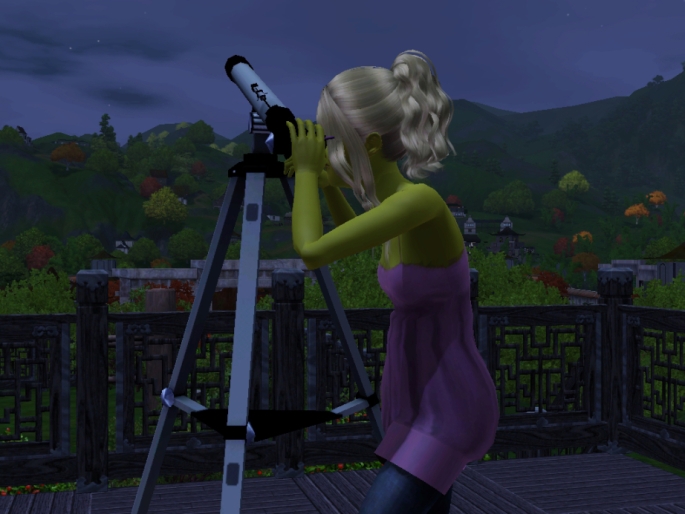 The night sky is so beautiful here.  I found a new star and named it after the Pei’s for taking such good care of me.

I soon moved up from foam boards to wood. 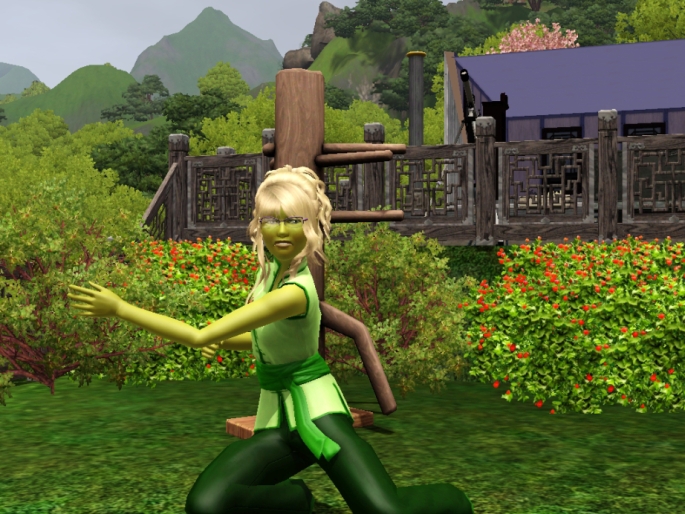 And earned a green belt.

I was also no longer afraid of the stupid training dummy.

Now that I had my green belt I was allowed to visit the Scholarly Gardens.  It was the most wonderful place I had ever scene. 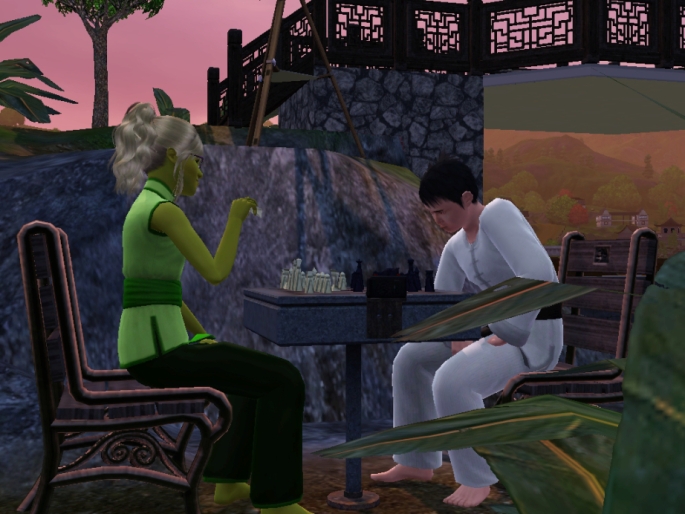 Wei would often meet me there and we would play chess or fish.

Eventually I learned to meditate which believe me became a useful skill later on in my life.

I was scheduled to head back to Appaloosa Plains on December 1 but decided to go home a few weeks early and surprise my family for Thanksgiving.  I could tell Gao was sad to see me go.  She had never had a daughter and we had grown close.

I was also sad to say goodbye to Wei.  He had become like a brother to me.  We promised to keep in touch and write often.

When I arrived home I was surprised Mom and Dad were not at the airport to pick me up.  I tried calling several times but no one answered so I ended up taking a cab home.

When I got home my older brother Kevin pulled me into a big hug.  I could tell he had been crying which was odd cause he never cries.  Then he told me:

“Honey, I have some bad news.  Mom and dad were killed last night.”